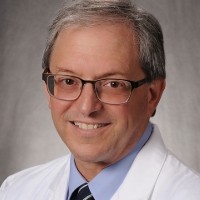 In this paper, we show that mice infected with a strain of Type A influenza that is circulating among humans today (H1N1) can synergize with environmental agents to increase the risk for development of Parkinson’s disease. We highlight two important finding.  First, this synergistic effect can occur long after the influenza infection has resolved. Second, we show that vaccination against the virus, or antiviral medications such as Tamiflu administered at the time of infection prevented this synergism.

In this paper, we show that the induction of hypoxia in dopaminergic neurons of the substantia nigra is critical for the induction of exercise-induced neuroprotection. We also show, using a conditional knockout protocol, that the expression of the transcription factor, Hypoxia Inducing Factor 1alpha (HIF1alpha) in these cells is critical for this exercise mediated neuroprotection.

In these papers, we show that the 3 months of environmental enrichment or exercise alone can protect dopaminergic neurons in the substantia nigra pars compacta from MPTP-induced parkinsonism. This was the critical work that showed an animals housing condition could: 1) affect its susceptibility to environmental toxins and 2) showed that exercise was a critical part of this neuroprotective environment. This preclinical work lead to the (now standard) use of exercise as a treatment modality in patients diagnosed with Parkinson’s disease.

Infection and risk of Parkinson's disease

COVID-19 and possible links with Parkinson’s disease and parkinsonism: from bench to bedside

From Man to Mouse: The MPTP Model of Parkinson Disease

Exercise: Is it a neuroprotective and if so, how does it work?

Go Back to Smeyne Research