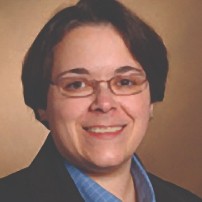 The primary focus of the Eischen lab is on tumor initiation.  We want to know how does a normal cell become a cancer cell.  Specifically, we want to know what are the genes and pathways that contribute to or inhibit cellular transformation. We study the pathways, proteins, and recently, the miRNA and lncRNA that contribute to or inhibit tumor development with emphasis on the oncogenes Myc and Mdm2. B cell lymphoma is the cancer that we have almost 2 decades of experience studying, and multiple projects utilize this expertise.  However, lung, breast, and ovarian carcinomas and cutaneous T cell lymphomas are also studied in the lab. Research in the Eischen lab spans from basic science with and without mouse models through translational research with patient material and bioinformatics.

Currently, there are three major areas of research focus that overlap in the Eischen lab.

The first area of research focus is on the oncogene Myc. We study Myc and its roles in proliferation, transformation, tumor development, and tumor cell maintenance. A large part of studying Myc is centered on the apoptosis that it causes when overexpressed in normal, untransformed cells, and the transcription it induces to drive proliferation. Myc induces the p53 pathway and suppresses the expression of anti-apoptotic Bcl-2 family members to induce apoptosis in normal cells. Cancer cells acquire alterations that inactivate the ability of Myc to induce apoptosis and we have discovered targeted therapies that reverse one of the pathways. Moreover, Myc-induced transcription is still incompletely understood and currently not therapeutically targetable. We discovered a novel regulator of Myc called Mtbp and are studying its contribution to cancer and how it regulates Myc. There are four other projects that focus on various aspects of Myc-induced tumor development currently ongoing in the lab.

The second area of research in the Eischen lab focuses on Mdm2 and Mdmx, two oncogenes best known for their negative regulation of the p53 tumor suppressor, and their roles in tumorigenesis. We discovered that both Mdm2 and Mdmx have p53-independent functions that contribute to tumorigenesis.  We determined that Mdm2 and Mdmx regulate double-strand DNA break repair through interaction with Nbs1, a component of the Mre11/Rad50//Nbs1 DNA repair complex. We observed that increased expression of Mdm2 or Mdmx induces genome instability and increases transformation through a mechanism that is independent of p53. We are further characterizing this function with novel mouse models and investigating how this function can be capitalized on for the treatment of malignancies, half of which have inactivated p53. There are two projects that focus on Mdm2 and Mdmx in tumorigenesis.

The third area of research in the Eischen lab centers on the contribution miRNA and lncRNA have in tumor development and progression. miRNA are small non-coding RNA that inhibit protein translation and lncRNA are larger RNA molecules with multiple functions.  We are utilizing lymphoma and lung cancer models to study miRNA in cancer. Our investigations focus on oncogene regulation of miRNA and whether they inhibit or contribute to tumor development.  We have identified miRNA that are induced by Myc that lead apoptosis to protect cells from transformation. Another project focuses on a miRNA that appear to be a novel driver of lung tumor development.  Other projects are on lncRNA and their contribution to a variety of cancers.