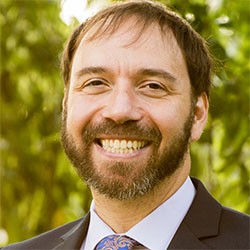 Our research aims to develop and test wearable and implantable neurotechnology for adults and children who live with weakness and paralysis from stroke or other neurological injury. In addition to device-based interventions, we also explore solutions based upon biological constructs such as living electrodes and neonerves. 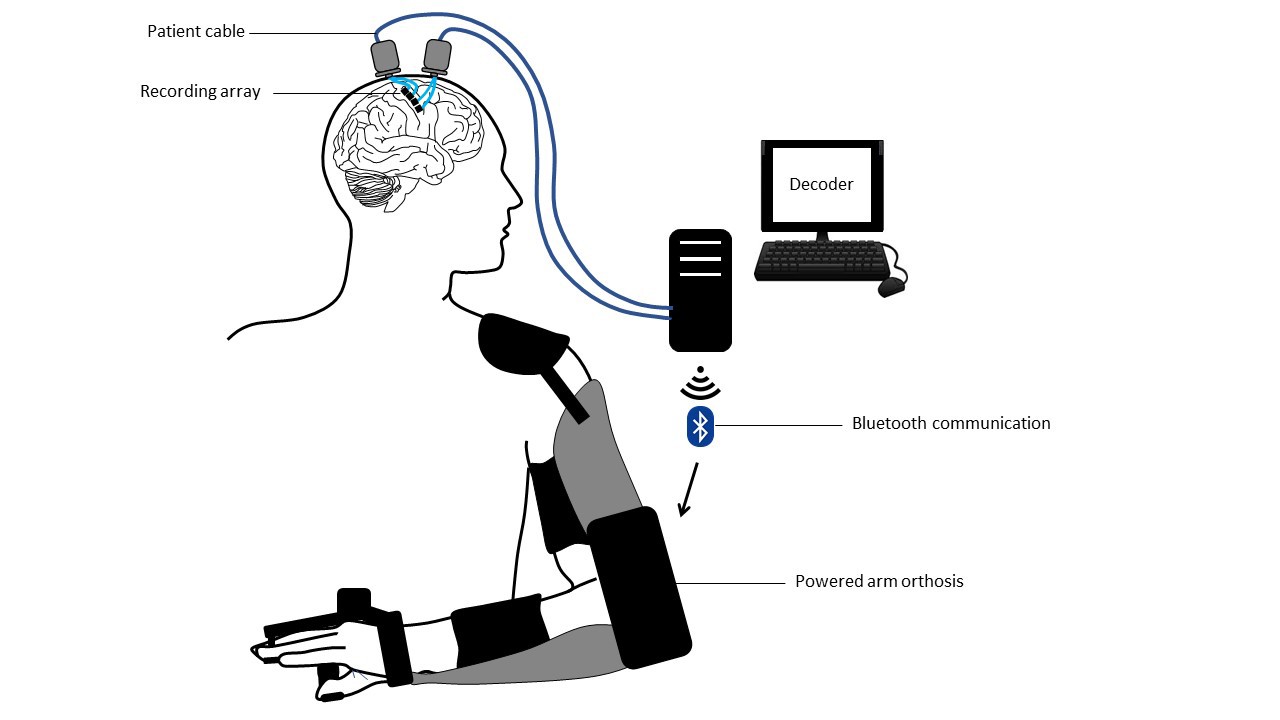 The Cortimo™ clinical trial combines a brain computer interface (BCI) with an existing robotic orthotic brace for patients with stroke. The project, which enrolled a single patient, aims to develop a BCI system to help stroke patients restore impaired arm control and functionality by utilizing brain-derived signals to control a robotic device that fits over the weaker arm. Engineers interpret the signals from the brain via artificial intelligence algorithms in order to decode a patient’s intention to trigger specific motions of the arm and hand brace. This project involves a multidisciplinary team composed of neurologists, neurosurgeons, engineers, and physical and occupational therapists and other medical professionals.

The scientific rationale for the trial is that following stroke, certain areas of the brain may continue to generate movement plans and that these instructions cannot activate actual movement because the stroke has either disrupted the original output pathways or has caused abnormal muscle-control responses. The participant will undergo pre-operative functional neuroimaging studies to identify which areas of the brain continue to activate with imagined movement in the paretic limb. Functional neuroimaging will help generate brain maps to guide the surgical team on the optimal locations of the cerebral cortex to implant the multiport sensor arrays. The idea is that by recording neural activity directly from the areas around the stroke that retain movement planning information, the overall Cortimo system can deploy that activity to restore the person’s ability to control the hand and use it for functional activities. The trial will also allow us to explore whether it is possible to retrain the nervous system to increase residual activity in any latent pathways that could not be perceived and enhanced in any other way. A 3D mesh figure created by taking photos of a child’s arm. A 3D model generated from photographs can be used to 3D print customize components for the NuroSleeve.

A customized, wearable powered orthosis system with integrated functional electrical stimulation that has been developed and built at Jefferson. A clinical trial will test the novel sleeve in 10 adults and 10 children, starting with one child and one adult at first. Participants may have arm weakness or paralysis due to conditions such as stroke, spinal cord injury, ALS, muscular dystrophy, and cerebral palsy.

WorkerSleeve: wearable, AI-linked clothing for workers to prevent back injury, falls, and other workplace injuries

NuroPerform: wearable, AI-linked clothing for consumers and athletes to prevent injury and optimize physical performance in sports and physical exercise