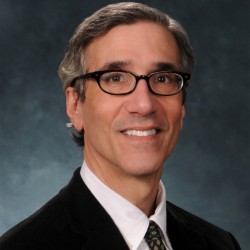 Dr. Rovner is a tenured professor of Psychiatry, Neurology, and Ophthalmology who researches:

Dr. Rovner is a clinical expert in Alzheimer’s disease, and has been the principal investigator of seven National Institutes of Health and two Pennsylvania-funded clinical trials testing various behavioral interventions to improve health outcomes in older persons. Along with talented co-investigators, he has developed the interventions, ensured the validity of the experimental designs, maintained quality control, met recruitment goals, managed costs, gathered meaningful outcome data, and published results in high impact journals.

This NIA-funded randomized controlled trial (RCT) tested the efficacy of a behavioral intervention to prevent cognitive decline in African Americans with Mild Cognitive Impairment (MCI) - a transition state between cognitive aging and dementia.  African Americans have higher rates of MCI and dementia than Whites. This racial disparity reflects differences in education, literacy, health beliefs, rates of diabetes and hypertension, and access to care.  The culturally relevant intervention that we are testing addresses these issues, and aims to increase participation in cognitive, physical, and/or social activities to prevent cognitive decline.

African Americans have higher rates of diabetes than Whites, and are more likely to go blind, lose limbs, need dialysis, and develop dementia.  Diabetes increases dementia risk by promoting amyloid accumulation, neurodegeneration, and cerebrovascular disease.  These processes accelerate when diabetes is poorly controlled, and African Americans have worse glycemic control than Whites.  We aim to improve glycemic control in African Americans to reduce the risk of dementia.  Focusing on health beliefs and social determinants of health, we are testing behavioral interventions to improve glycemic control, and thereby improve cognition, mood, vision, everyday functioning, and quality of life.

We have developed and tested various interprofessional interventions to prevent depression and improve functional vision in older persons with age-related macular degeneration.  We extended our work to African Americans with diabetes, and modified our Behavioral Activation approach to ensure its cultural relevance.  We demonstrated the efficacy of the intervention to increase rates of dilated fundus examinations, and have translated it to African Americans with diabetic retinopathy, for whom we are we developing a novel mental health/ophthalmologic intervention to improve glycemic control.

My dementia research began at Johns Hopkins where I reported the high prevalence of dementia and the excessive use of physical restraints and psychotropic drugs in nursing home patients. We later showed that depression increased mortality risk in this population. Our studies guided federal regulations on nursing home treatment, and are recognized in the American Psychiatric Association’s Practice Guideline for Alzheimer’s Disease.  At Jefferson, I extended my dementia studies to the community and focused on racial health disparities.  We found that African Americans and Whites differed in their perceptions of memory loss.  African Americans were less likely to recognize cognitive decline as a medical problem, a misperception that was influenced by variation in literacy, heath beliefs, and other cultural constructs. These data suggested that culturally specific interventions are needed to reduce racial health disparities in dementia risk.