The Rigoutsos lab studies the biogenesis and function of short regulatory non-coding RNAs. We discovered that the production of these RNAs, and the regulatory effect they have on messenger RNAs and protein production, depends on a person’s sex, population of origin, and race/ethnicity, as well as on tissue type and disease type. We study how these dependencies predispose different people differently to external stimuli, in health and in disease. We also study how these short RNAs shape regulatory processes by leveraging the architecture of the human nuclear and mitochondrial genomes, the architecture of protein-coding DNA, and the repetitive elements that riddle the nuclear genome. Of particular interest to the lab are non-coding RNAs that are primate-specific. Professor Rigoutsos is also the Founding Director of the Computational Medicine Center at Jefferson, and a Professor in the Dept.  of Pathology, Anatomy & Cell Biology, Dept. of Cancer Biology, and Dept. of Biochemistry & Molecular Biology. Prior to joining Jefferson in 2010, Professor Rigoutsos worked at IBM’s Thomas J. Watson Research Center where he co-founded IBM’s Computational  Biology Center in 1992. 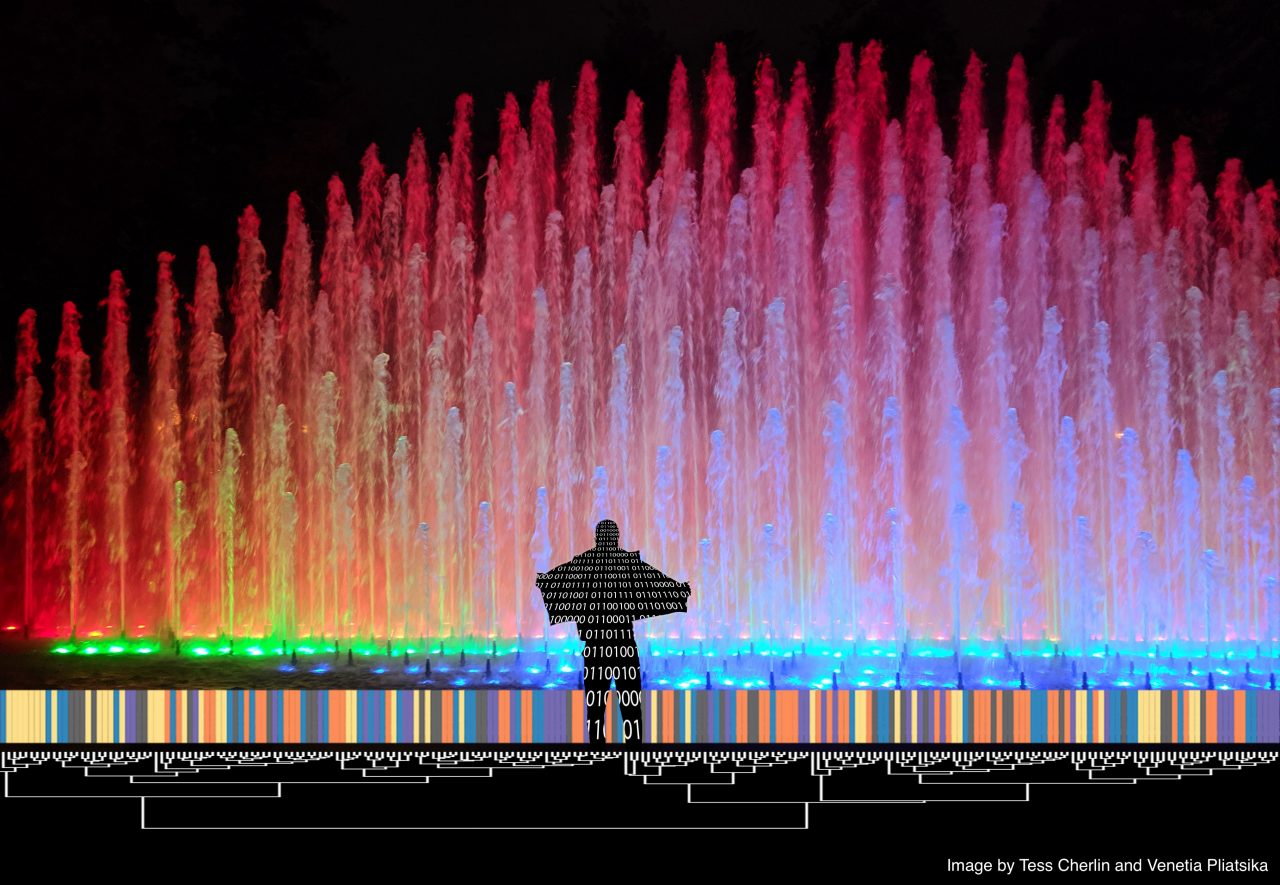 Elucidation of the functional roles of isomiRs, tRFs, and rRFs 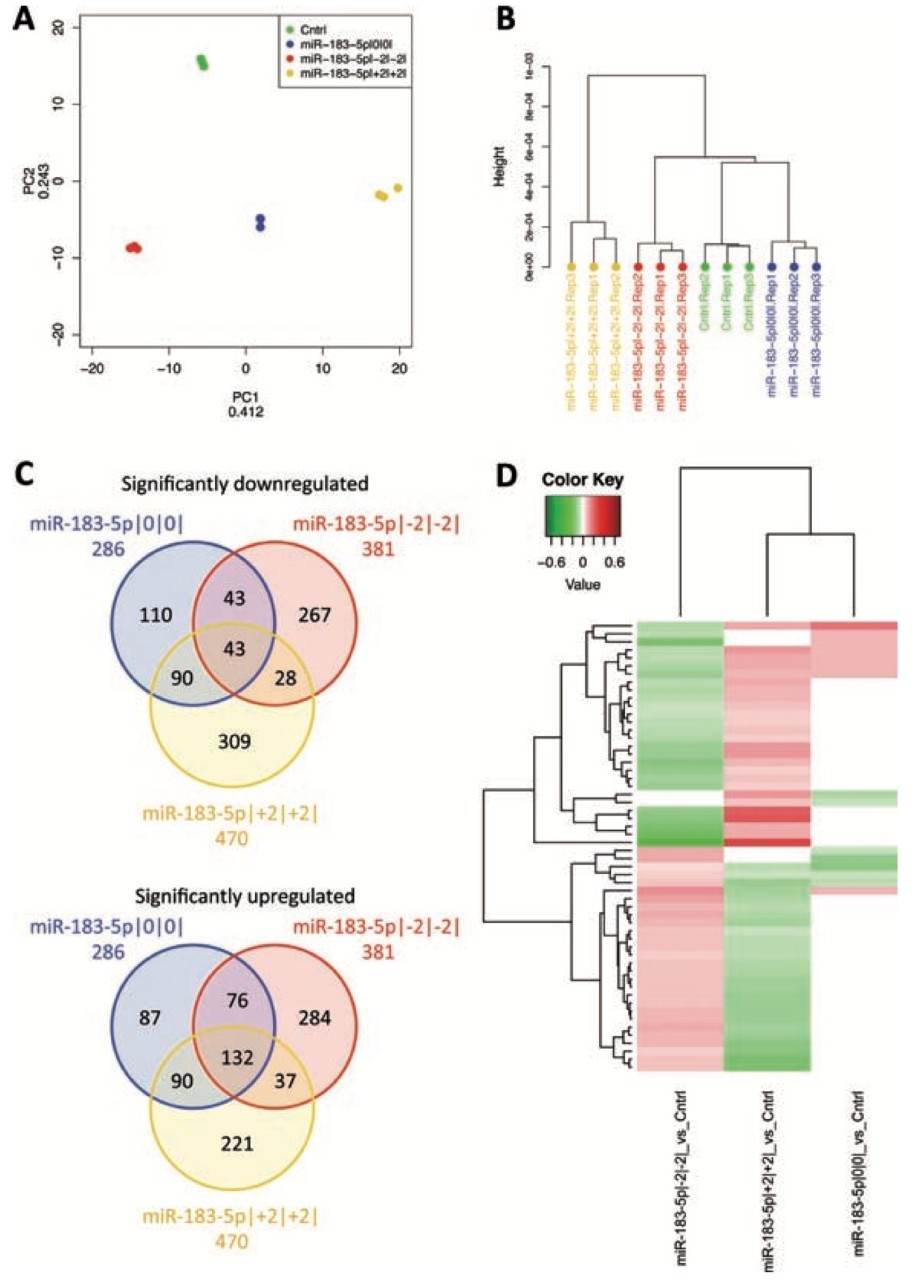 The Rigoutsos lab has been studying post-transcriptional regulation by short non-coding RNAs for nearly twenty years. We focus on three types of short RNAs: the isoforms of microRNAs (miRNAs) that are known as isomiRs; the fragments of transfer RNAs (tRNAs) that are known as tRFs; and, the fragments of ribosomal RNAs (rRNAs) known as rRFs (Curr Opin Biotechnol. 2019, BMC Biol 2020). We were the first to show that isomiRs, tRFs, and rRFs are not degradation products, and that their production depends on a person's sex, population of origin and race/ethnicity, as well as on tissue type, and disease (Oncotarget 2014, Nucleic Acids Res 2015, Oncotarget 2015, Nucleic Acids Res 2017, Cancer Res 2019, BMC Biol 2020). We also demonstrated that these dependencies translate to distinct differences in the genes and pathways that are regulated in healthy individuals and patients (Nucleic Acids Res 2015, Sci Rep 2018, Cancer Res 2018, Pigment Cell Melanoma Res 2019).

To date, we have identified and reported a combined total of more than 50,000 isomiRs, tRFs, and rRFs in human tissues (Nucleic Acids Res 2017, Nucleic Acids Res 2018, BMC Biol 2020). For the vast majority of these molecules, it is not known what determines their production and what their roles are in different settings. We use a combination of wet bench approaches and analytical techniques to prioritize among isomiRs, tRFs and rRFs and study them in select disease settings.

The mitochondrion as the cell’s “field marshal" 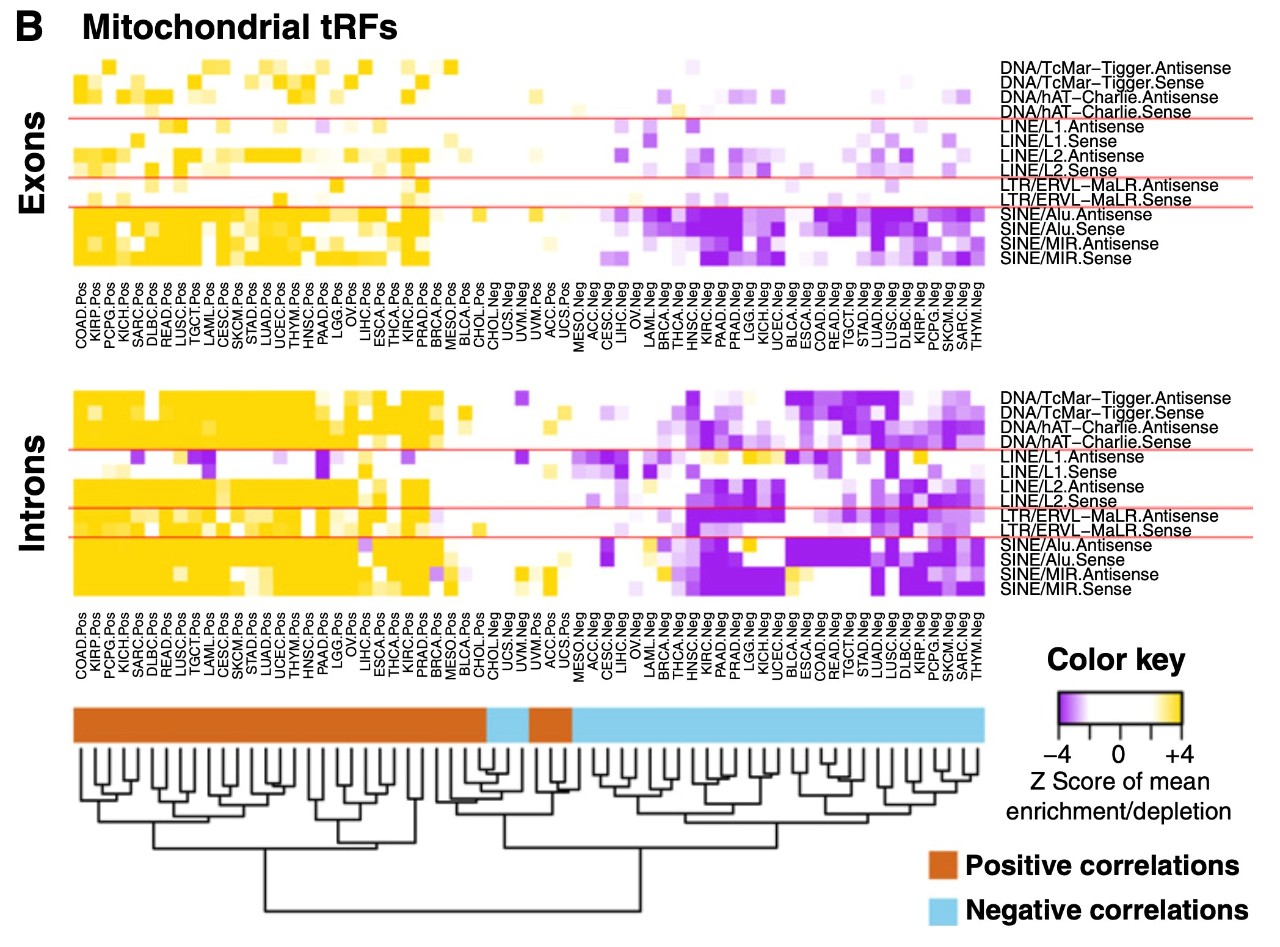 In recent years, our lab made several intriguing discoveries that involve the mitochondrial genome. First, we found that the nuclear genomes of organisms from humans to marsupials contain numerous embedded sequences that resemble mitochondrial tRNAs (Front Genet 2014, RNA Biol 2015). We refer to these sequences as ‘tRNA lookalikes.’ In all of the organisms that we studied, the set of lookalikes that are present in the nuclear genome includes perfect copies of mitochondrial tRNAs as well as imperfect copies with different degrees of remaining sequence similarity. Data from the ENCODE project suggests that these lookalikes are transcribed in a cell-type specific manner.

Second, through a pan-cancer analysis in which we used all of the datasets in The Cancer Genome Atlas, we showed that mitochondrial tRNAs are very rich sources of tRFs (Cancer Res 2019). We also showed that these mitochondrial tRFs are positively or negatively correlated with nuclear-genome-encoded messenger RNAs whose protein products have specific sub-cellular destinations. Unexpectedly, we found that mitochondrial tRFs are positively correlated with short protein-coding genes that are enriched in repetitive elements, in all cancers. On the other hand, we found that mitochondrial tRFs are negatively correlated with longer protein-coding genes that are depleted in repetitive elements, in all cancers. We work on understanding how the mitochondrial genome leverages short non-coding RNAs and the primate-specific repeat elements that are currently embedded in the exons and introns of  protein coding sequences (PNAS 2006, PLoS Comput Biol 2008, Nucleic Acids Res 2008, Curr Biol 2010) to regulate multiple cell processes. 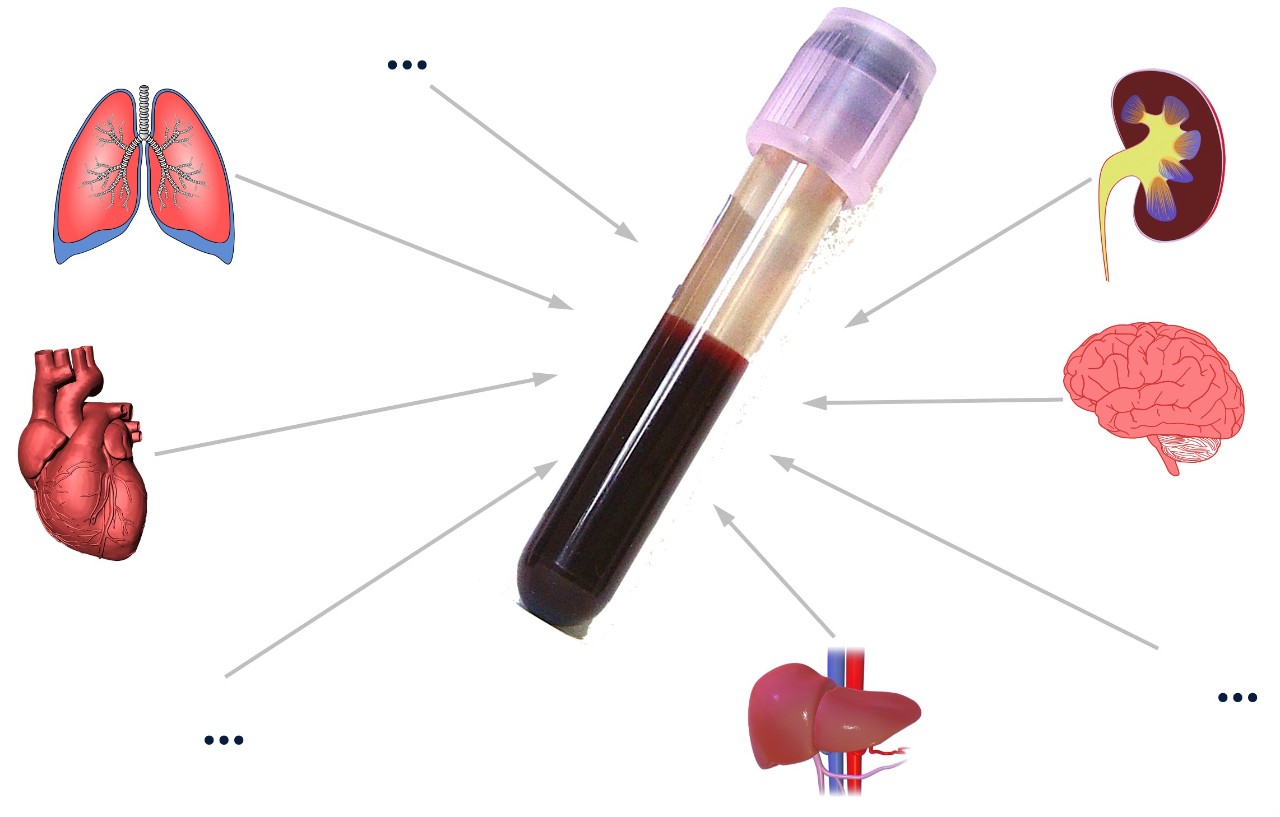 The dependence of isomiRs, tRFs and rRFs on personal attributes, tissue type and disease makes these molecules ideal candidates as potential biomarkers. Especially, since these molecules are abundant in biofluids (Cell 2019). As a proof of concept, we studied the isomiR profiles across the more than ten thousand samples in The Cancer Genome Atlas. We showed that simply knowing the identity of the most abundantly expressed isomiRs in a given sample allows to determine the sample’s cancer type with high sensitivity and specificity (Nucleic Acids Res 2017). In a non-cancer setting, we showed that profiling tRFs in serum or in plasma can separate Parkinson's disease patients from control, very accurately (Parkinsonism Relat Disor 2019). We currently work on developing a blood based assay for diagnosing early-stage lung cancer in high-risk individuals.

The molecular basis of health disparities in different diseases 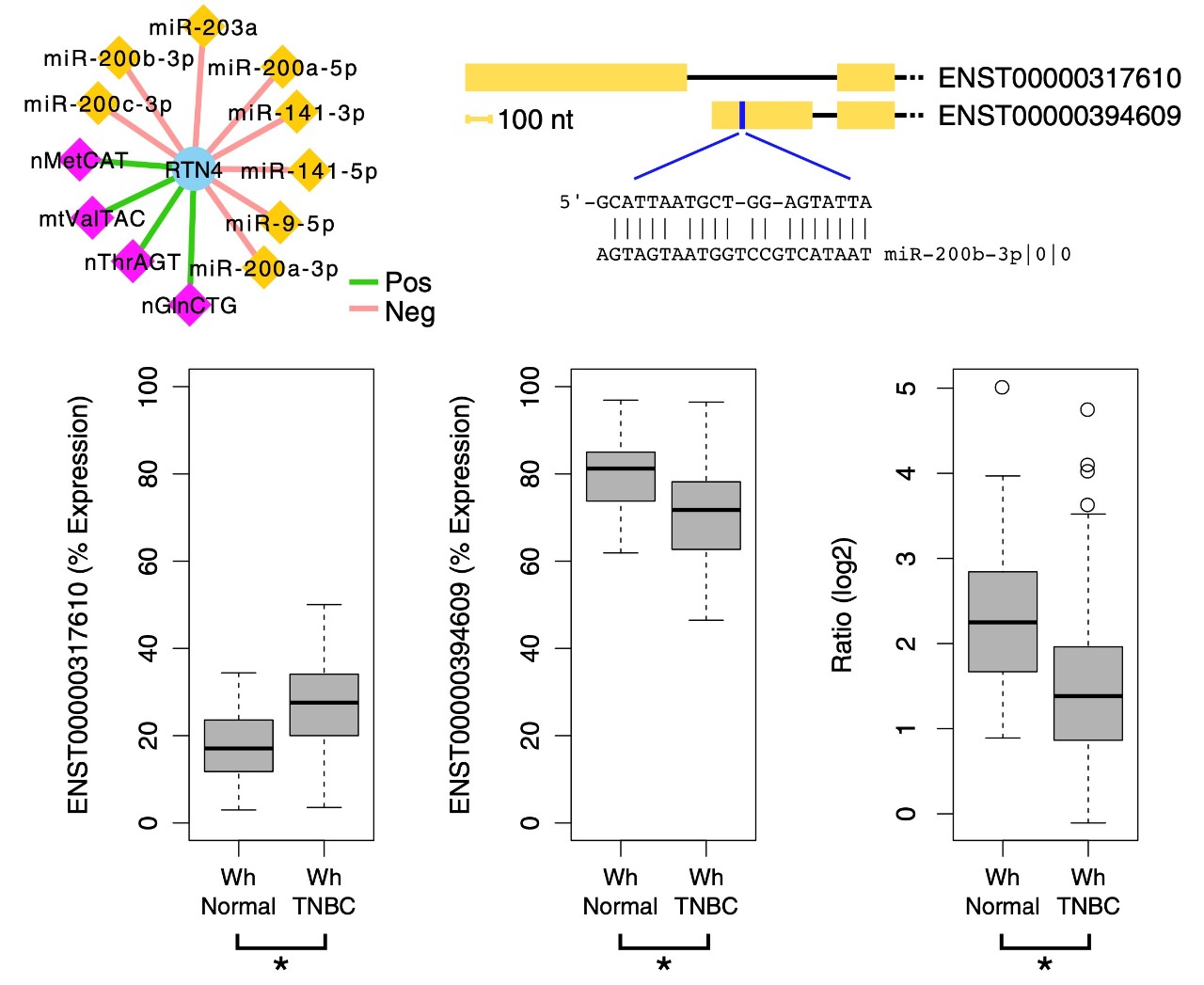 Health disparities by sex or by race/ethnicity have been documented for many diseases and conditions. While modifiable risk factors are known contributors to these disparities, it has been shown that the disparities persist even after these factors are taken into account. For a number of diseases, our lab showed that different isomiRs, tRFs or rRFs impact messenger RNAs differently, in healthy individuals as well as in patients who differ by sex (bladder cancer, lung cancer), population origin (B-cells), or race/ethnicity (prostate cancer, lung cancer, breast cancer). The findings create new opportunities for understanding the molecular underpinnings of health disparities. We currently study the molecular biology of disparities in triple negative breast cancer (Oncotarget 2015, Nucleic Acids Res 2015, Cancer Res 2018), lung cancer (Cancer Res 2019), and primary open angle glaucoma.