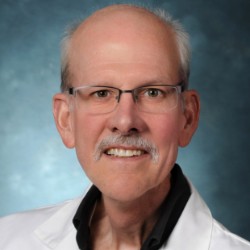 Our main research interest for many years has been to elucidate the molecular and cellular basis for immune memory and self tolerance in the B cell compartment.  My laboratory has extensive utilized mouse model systems and mouse reversed genetics approaches to address these questions.  In recent years, we have concentrated on the role of the germinal center in the antigen receptor diversification and selection events that culminate in the development of the memory B cell compartment.  To begin to translate the discoveries we have made in mouse model systems to a better understanding of the development of humoral immunity and immune memory in humans, we are utilizing hematopoietically humanized mice as an experimental platform.

The Manser laboratory established human immune system (HIS) mouse technology at Jefferson several years ago.  Initial collaboration with Kishore Alugupalli’s laboratory revealed the utility of this model system for studying human anti-bacterial antibody responses and testing approaches to improving anti-bacterial vaccination strategies.  Subsequently, collaboration with David Abraham’s laboratory led to the development of novel models to study human antibody and innate immune responses to parasites.  Ongoing collaboration with Matthias Schnell’s laboratory seeks to use this experimental platform to develop new vaccination strategies for emergent lyssavirus pathogens.  Thus, the HIS mouse initiative has been and will continue to contribute to the infection/immunity/ vaccine research initiative of the University.

More recently, a number of additional laboratories at Jefferson and the Sidney Kimmel Cancer Center have become interested in using HIS mice for studies of the human immune response to human tumors.  These include the laboratories of Andrew Aplin, Christopher Snyder, Scott Waldman/Adam Snook and Takami Sato.  As such, HIS mice are likely to soon become a mainstream tool at Jefferson for the study of immunotherapeutic approaches for the treatment of cancer.

HIS mice are reproducibly and stably populated with human lymphocytes in the blood, spleen, mesenteric lymph node and gut associated lymphoid tissue.  However, major subpopulations of the B cell compartment in these mice appear phenotypically immature.  Moreover, while HIS mice created via our current protocol produce antibody responses to many antigens and whole bacteria, like infants and young children they do not respond to purified bacterial capsular polysaccharide (PS) antigens or encapsulated bacteria.

These observations led us to hypothesize that HIS mice generated via our current protocol fail to respond to PS antigens due to the fact that their B cell compartments lack the mature B cell subsets present in adult humans that can respond to such antigens.  We suggest that this results, in part, from the lack of efficient cross stimulation of human cytokine receptors on engrafting hematopoietic cells by host-produced murine cytokines. Due to the key role demonstrated for interleukin 7 (IL-7) and BLyS (BAFF) in adult mouse B cell development and survival, we predict that expression of the human cytokines IL-7 and BLyS by NSG host mice will yield HIS mice with more mature and diverse B cell compartments capable of mounting robust immune responses to capsular PS antigens.  We are testing this prediction using two approaches:  expression of the relevant human cytokines via Adeno Associated Virus vector infection of HIS mice; and gene targeting in NSG ES to replace the mouse IL-7 and BLyS genes with their human orthologs.  The latter approach will result in a new line of NSG mice for generation of HIS mice that express the human cytokines at physiological levels and locales.

The mechanism of the B cell germinal center tolerance checkpoint

Autoimmune diseases are a serious health burden in the USA affecting in excess of 20 million people. Development of diagnostic and therapeutic approaches for the treatment of these diseases has seriously lagged behind those for other major health burdens.  This has been due, in large part, to a of lack of detailed information regarding the underlying mechanisms that prevent these diseases in healthy individuals (immune tolerance), and how tolerance pathways are perturbed during the early stages of autoimmune disease. In the case of the autoantibody-induced disease systemic lupus erythematosus (SLE), accounting for approximately 10% of all autoimmune disease in the USA, there is mounting evidence that perturbations of tolerance mechanisms that operate in peripheral lymphoid organs are primarily responsible for its etiology. More specifically, data have been steadily accumulating suggesting that tolerance pathways that act in the germinal center (GC) are perturbed in SLE and SLE-like autoimmune diseases leading to generation, activation and differentiation of autoantibody expressing B cells.  GCs form in peripheral lymphoid organs and are the primary site where somatic hypermutation (SHM) of antibody variable regions, and selection of B cells that have acquired higher affinity for foreign antigens via SHM leading to serum antibody affinity maturation take place.  Great strides have been made in the last few years in our understanding of how B cells with increased affinity for a foreign antigen are positively selected in the GC, leading to affinity maturation.  However, relatively little progress has been made on how GC and post GC tolerance checkpoints operate to prevent the development of autoreactive B cells and the production of serum autoantibodies. In the case of the checkpoint(s) that operates in the GC, one possibility is that it is part of the affinity maturation process.  However, we have obtained preliminary data suggesting that this checkpoint is “dominant” over affinity maturation, implying that its mechanism is distinct from affinity maturation.  Our data indicate that GC B cells that are autoreactive, but also have high affinity for the driving foreign antigen are eliminated by this checkpoint.  We proposed to rigorously test this hypothesis using a novel transgenic B cell antigen receptor (BCR) system that we have developed.  This system allows the fate of a B cell clone expressing a BCR with affinity for both a foreign antigen and autoantigens targeted in SLE to be directly monitored during the GC response in vivo.  The data obtained will allow us to precisely define our future directions towards the molecular characterization of the GC B cell tolerance checkpoint and how it is perturbed in autoimmune conditions.