The Blanco-Suárez lab is interested in the study of region-specific astrocyte contributions to neuroprotection and synaptic restoration. To do this we use mouse models of ischemic stroke to identify astrocyte proteins involved in synapse and spine remodeling and comparing brain regions with known differential vulnerability. We use a wide range of biochemical techniques, molecular biology and imaging in both in vivo and in vitro models of stroke. Our overall goal is to define the importance of region-specificity of astrocytic proteins in synaptic plasticity using ischemic stroke as a model, and harness the therapeutic potential of astrocytic proteins.

Using in vitro and in vivo mouse models of ischemic stroke we identify astrocyte proteins involved in plasticity in brain regions that are known to be differentially vulnerable. We study the spatiotemporal regulation of synaptic and spine remodeling by astrocyte proteins at different stages post-stroke. We design strategies to manipulate these astrocyte proteins using genetic and pharmacological approaches to improve synaptic and spine protection and post-injury repair especially at late stages post-stroke when we currently lack efficient therapeutic approaches. 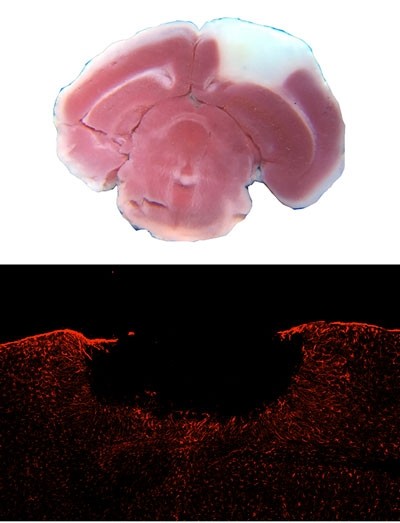 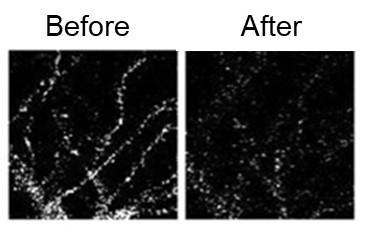 Confocal imaging of Super Ecliptic PHluorin (SEP)-tagged GluA2 AMPARs on the dendritic surface of a hippocampal neuron before and after the ischemic-like insult (from Blanco-Suarez et al., JBC 2014).

In response to ischemic stroke the composition and distribution of AMPA and NMDA receptors, main glutamatergic receptors in the CNS, are impaired and trigger excitotoxic signals that drive delayed neuronal death. Some astrocyte proteins have been identified to regulate excitatory synapses. For example, we identified Chordin-like 1 as the astrocyte-secreted protein that promotes increased levels of calcium-impermeable GluA2-containing AMPARs, crucial for synaptic maturation (Blanco-Suarez et al., Neuron 2018). We found that brain regions like cortex and hippocampus display different AMPAR surface levels in response to ischemic-like conditions, which determines the differential vulnerability of both regions (Blanco-Suarez et al., Journal of Biological Chemistry 2014). In the lab we study how astrocyte proteins may regulate glutamate receptor subunit composition and trafficking in response to stroke, and how to harness the potential of astrocytes to protect neurons from aberrant receptor trafficking and composition that contributes to delayed cell death.

In the Blanco-Suárez lab, besides science at the bench, we are committed to bring scientific knowledge to the public trough different outreach activities. Through writing, public lectures, student engagement at high schools and middle schools, in English and Spanish, we want to build a strong relationship between scientists and society, and make science available and accessible to everyone.