Holly Ramage, PhD, assistant professor of microbiology and immunology, is taking on some of the world’s most prevalent infectious diseases. She seeks to understand the molecular mechanisms of viral-host interactions in the flaviviruses—including dengue, Zika and West Nile virus—that are endemic in many areas of the world.

“Increasing evidence indicates that many viruses, including flaviviruses, have evolved mechanisms to manipulate cellular machinery in order to promote infection,” Dr. Ramage says. “My lab examines the physical interactions that occur between flavivirus and host-cell proteins. We use powerful proteomics and genomics techniques—including siRNA knockdowns, CRISPR knockouts and mutagenesis strategies—to identify the changes in cellular proteins that allow viral infection and permit viruses to evade the immune system.”

Currently, there are no specific antiviral treatments for any of the flaviviruses that infect hundreds of millions people each year. But scientists do know that in order to replicate, flavivirus proteins must physically engage with—and subvert—a host cell’s antiviral capacities. For that reason, Dr. Ramage has undertaken an NIH-funded study that aims to identify the physical interactions that occur during West Nile virus infection and that enable the virus to evade the immune system. In previous work, she pinpointed the cellular proteins that are targeted by West Nile virus in the infection process—and identified that eight of those proteins are also involved in the infection processes used by dengue and Zika viruses. The current study focuses the role that two of those proteins play in antiviral signaling.

“There is strong reason to believe that multiple flaviviruses have a shared mechanism for evading the immune system,” Dr. Ramage notes. “Therefore, this work and our follow-up studies may inform new targets for therapeutic intervention against a number of these infections.”

Over the past year, Dr. Ramage has also been applying her lab’s expertise and approaches to identify drugs that have the potential to stop the SARS-CoV-2 virus in its tracks. The project’s focus is the sigma-1 receptor protein, which plays a multifunctional role in scaffolding intracellular membranes and which may be key to how viruses move into and through a cell. This study is exploring the potential to use a specific small-molecule compound that targets the sigma-1 receptor—a compound originally designed to treat prostate cancer—to stop the coronavirus from entering and replicating within cells.

“Coronaviruses are entirely dependent on the host’s cellular machinery to replicate,” Dr. Ramage notes. “We hypothesize that the sigma-1 receptor could be an important cellular factor that is required by SARS-CoV-2 to replicate and produce new infectious viral particles.”

Specifically, this study focuses on the ability of sigma-1-targeted compounds to disrupt two proteins crucial to infection and replication: the virus’s spike protein and the host cellular protein TMPRSS2—elevated levels of which dramatically increase susceptibility to SARS-CoV-2 infection in certain cell types.

“If our central hypothesis is accurate, these sigma-1-targeted agents will block the maturation of the spike protein and suppress cellular TMPRSS2 expression,” Dr. Ramage explains, “effectively inhibiting infection.” Moreover, they could form the basis for treatments of a range of coronaviruses. 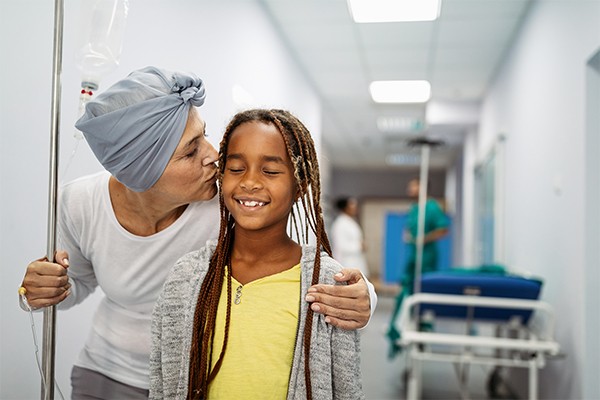